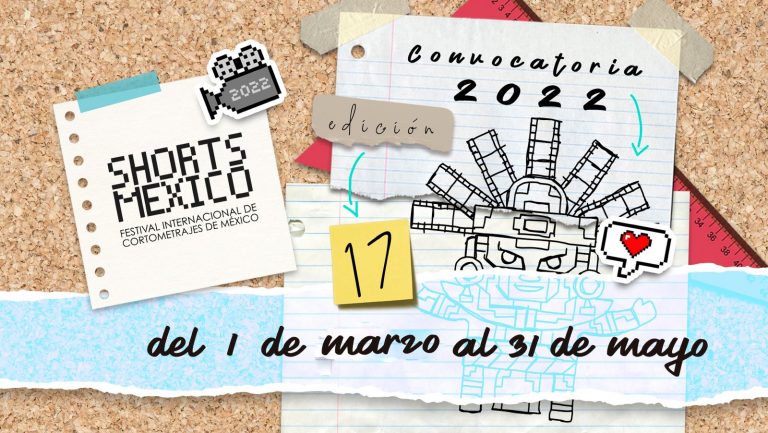 SHORTS MEXICO is an exhibition platform specializing in short films. It promotes cinema creative expressions, diverse voices, distinctive and innovative visions, bold quality films from filmmakers from all over the world. SHORTS MEXICO has become the biggest International short film festival in Latin America. At SHORTS MEXICO we encourage the growth and development of short films as well as the filmmakers’.  The17th  Edition of SHORTS MEXICO will be held from September 1st through the 30th 2022 in Mexico City.

We suggest you register your short film as soon as possible to take advantage of the most affordable fees.

from any claim or legal issue that arises from the exhibition of the film at SHORTS MEXICO film festival´s venues and Tour.

Best short film in all the competing categories regarding the International and Ibero-American sections.

All the selected films will be given a certificate of participation in Shorts Mexico-México International Short Film Festival.

The Mexican short films selected in any competition of the festival will be able to submit their short film to the Ariel prize of the AMACC (Mexican Academy of Cinematographic Arts and Sciences).

The festival carries out the Shorts Mexico Tour throughout the year, which takes place in Mexico City, in cities and towns of Mexico, as well as in various countries. Through the authorization letter, the legal representative accepts their short film to be shown in the different venues of the tour. The festival will notify the producer of the participation of the work in the various exhibitions.